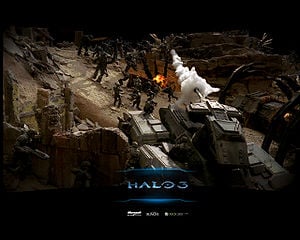 A battle depicted on Diorama. 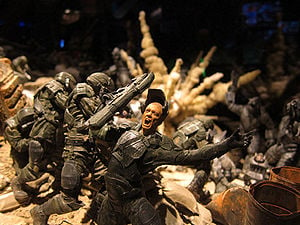 A scene from the Diorama.

Diorama is an interactive flash movie, a part of the Believe ad campaign for Halo 3. It is a fly-through of the John-117 Monument representing the Human-Covenant War and John-117's sacrifice for humanity.

The flash player loads a video of a camera that flies through the diorama (supposedly based on the Battle of Mombasa). The scene is very dark, and very dirty. Marines are seen, dead and alive, trying to fight the many Brutes that fill the streets. As the camera continues along its path, it goes down a hill, showing more ruined buildings, Jackals, a Warthog, and a Scorpion. This location seems to be the only strong point for the Marines. The camera goes up a hill, where a lone group of Marines are in a Warthog, fighting off the many surrounding Brutes. It then pans over a broken bridge, where a Spec Op Grunt is grouped with many Brutes, over to the top of a high structure. A few Marines use it as a vantage point, to snipe off Covenant forces.

The next view is of the "Hill", a Covenant-controlled landmark. There is a large trench next to it, where Marines take a stand against them. A Brute Chieftain, a Hunter, and others battle the few surviving Marines. The camera circles around the hill, where it shows the captured Master Chief, holding a Plasma Grenade. Once the camera reaches a certain point, an animation of the Chief looking up slowly is shown. The bridge, a large choke point, is shown again from a higher view; it was destroyed by the UNSC in order to stop the flow of Covenant. The camera flies by a ruined building where a group of Marines are gathered, and then it returns to the beginning. A viewer may fly through the diorama again from this point.

Due to the nature and complex biology of Hunters, very little is known about this particular specimen. On the whole, Hunters are considered extremely dangerous, and their ferociousness on the New Mombasa battlefield was no exception.

J-011-422 is unique among Sniper Jackals in that he was found carrying an energy shield and needler. Normally, a Jackal of this rank would abandon their shield to better handle their beam rifle, the Covenant long range sniper weapon.

B-021-331 was found dead along the southern bridge span. Although his armor was relatively new, other evidence proved that the Brute was a veteran of many battles. His massive torso contained bullet scars, the blades on his spiker were dull, and one of the four digits on his left hand was missing.

While Brute Minors only recently began wearing heavy armor, its protection did little to save this alien from the sniper fire that killed him.

Grunts, often considered ineffective on their own, are the basic unit of the Covenant infantry. G-020-055 is a rarity among his species in that he held a special operations designation. Grunts holding this title and wearing the tell-tale black armor are only called in for special combat situations. His presence on this battle field shows the severity and importance that the Covenant leadership was placing on this particular engagement.

Very little is known about B-010-233. His red headdress and gravity hammer signify a high rank in Brute wartime society, although his prowess as a soldier is debated. B-010-233 was killed by SMG fire soon after reaching the peak of this ravine. There are no UNSC killed or wounded attributed to his actions.

B-113-421, notable for his loud animalistic battle cries, is credited with over a dozen UNSC kills. Reports claim that marines would shake with fear when his guttural voice echoed through the valley. The Brute minor was last seen along the top of the New Mombasa ridge just moments after Master Chief's capture.

B-054-846 reportedly killed 23 marines before being neutralized by Lance Corporal T. B. Williams scoring a long-range sniper kill. ONI is currently cross-referencing this Brute Chieftain's identifiers against those recorded in previous Brute encounters. 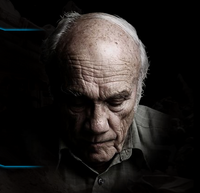 "The fighting was real heavy in the corridor. I'd taken a plasma shot straight to the hip to put me down. After laying in the street for God knows how long, someone finally grabbed me and started pulling me to safety. I remember yelling "thank you" over and over to whoever was tugging me out of harm's way. But then... something just didn't feel right.

When I looked to my left I didn't see the standard issue boots of a marine. It was some grotesquely shaped foot. That's when I started screaming.

Turns out two Jackals had me. I tried to resist but after a swift kick to my wounded leg, I was in too much pain to fight back. They searched through all my equipment, checking my radio for power. No dice. Without a working radio or weapon I was of little use to them. One of them pulled out his plasma pistol and aimed it right in my face. I closed my eyes and thought of home. That's when I heard two blasts from an M90. I opened my eyes and saw what was left of my captors in crumpled heaps. I never saw the marine that fired those shots. I hope he knows how grateful I am." 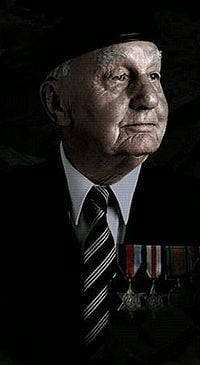 "Riding in a Scorpion Tank is literally like being in the middle of an explosion. All around you are the sounds of small-arms fire being deflected off your armor, and the head-bashing boom of the 90mm gun. All that combined with the constant grind of the tread leaves little room for anything else to penetrate your ears. It's the sound of war. I know, I listened to it for much too long."

“We were patrolling the southern ridge in a standard Delta formation; three men to a Warthog, three hogs to a patrol. Just before the plasma round obliterated the ground in front of us, I heard our gunner yell out a warning. The next thing I knew, the hog was flipping end over end.

I awoke hours later, covered in dirt, about 40 feet from my smoldering vehicle. No one else in my patrol survived the attack. I walked away with 4 cracked ribs and a broken arm.”

“The bridge turned out to be one hell of a crow's nest. Almost everything that stood above us had been blown to high heaven, and from my position I could pick off Covenant troops up to 1000 yards away. I must have logged around 20 kills the first few hours alone.

Eventually the Covenant sent a couple of Banshees to take us out and regain the high ground. As we ran for cover, they peppered us with automatic plasma fire. I still have the burn marks up and down my right side to prove it.” 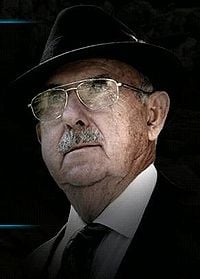 "The trenches were supposed to be a last line of defense worst-case scenario sort of thing. We're Marines, we prepare for everything. No one thought they'd work against us. And we certainly didn't think they'd become the grave for so many of our own people.

"After the bridge was blown they came up the cliff in droves. My platoon was ordered to intercept, but we were out-manned and out-gunned. The bravo kilos quickly saw they could force us back into a trench and trap us like rats. That's when I saw the glow of the plasma grenades. It was all I could do to scramble up that wall. No one else even had the chance. I watched a lot of brave men die that day."

"It took everything to stand on that bridge and keep shooting across its expanse. I was working with a rocket launcher and the 15 rockets I fired barely made a dent in the enemy onslaught. It quickly became apparent that the only way to slow down the Covenant offense was to blow the bridge in two. We hoped it would force their troops into the valley where we could pick them off from our elevated position.

At around 1400 hours the orders came through and BOOM, down it went. We all cheered like hell at the destruction, that is until the dust settled and we were able to see that the Covenant was already pushing a wave through the valley. They didn't even give a second look to their forces who died on that bridge, they just kept rushing forward."

"I spent the night in a destroyed building, sleeping under the collapsed concrete of the eastern wall. My team was allotted a 4-hour sleep shift but when our COM units started squawking, it felt more like we had just lain down. I was still in the haze of waking up when Master Chief stepped into the rubble.

Within two minutes every soldier in my squad was locked and loaded, ready to charge into battle behind him. We all felt stronger when he was around, like we were on the brink of winning back our world."

Corporal James Dessen was killed in action along the northern ridge of the Battle for New Mombasa. Due to the field reports of the 77th Marine Regiment concerning the bravery of the corporal's actions under fire, he was posthumously awarded the UNSC Legion of Honor.

A veteran of multiple engagements including the Battle of Installation 04, Sgt. Chang joined the New Mombasa clash fifteen hours after the mission began. As a part of second UNSC infantry wave, the Sergeant was tasked with securing a forward HQ, as well as capturing Covenant prisoners for ONI interrogation.

Immediately following the initial battle, Sergeant Chang was given a field promotion and ordered to the western shore of the Mombasa Quays. It was here, while on routine patrol, that Sgt. Chang was killed by Covenant air assault.

A tenacious, driven soldier known primarily by his rank, the Master Chief is the last of the Spartan II warriors - an elite group of genetically superior, highly trained super-soldiers.

Though much of his wartime record is still classified, it is known that Spartan-117 participated in over 200 battles, neutralized thousands of Covenant targets, and was awarded every UNSC decoration except the Prisoner of War Medallion.

The Battle for New Mombasa was Private Zanato's first engagement with the Covenant. An extremely capable soldier and recipient of the Basic Training Honor Graduate Ribbon, the Private was promoted to the rank of Private First Class within his first week of active duty. When asked about his hasty advancement the Private replied, "I got the job because I was the only one in my squad still alive."

It was here that the first shots of the Battle for New Mombasa were fired. In this tangle of destroyed buildings and wide streets, Covenant and UNSC forces would trade control of the outer landing area in a never ending back and forth of aggression.

It was at this point that the 506th tank regiment, tasked with securing a road to the southern bridge span, engaged enemy forces. Greatly outnumbered, the 506th plowed forward and succeeded in clearing a path for the second wave of UNSC infantry to follow.

Home to the most ferocious and bloody bottleneck in the New Mombasa battlefield, “The Hill” became notorious for its difficulty to defend. Two thirds of all the squads sent to secure the rise would eventually fall under the constant push of the Covenant war machine.

It was here that Master Chief Petty Officer Spartan-117 turned the tide in the Battle for New Mombasa. By allowing his own capture, the Master Chief set in motion events that sealed his title as Earth's greatest hero.[1]

During the sites production there was a few versions made.