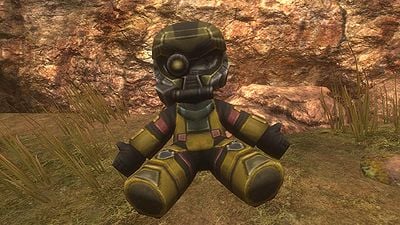 A doll in Battle Canyon.

The Spartan dolls easter egg is an Easter egg that can be found in each of the Halo: Reach multiplayer levels of the Anniversary Map Pack included in Halo: Combat Evolved Anniversary. These dolls are roughly the same size of the teddy bear seen in the campaign level Exodus, but which wear the AKIS helmet and EXO/TSCS chest piece, two armor pieces that were ultimately cut from the Anniversary Map Pack.[1] They are required to be either knocked down from wherever they are located to be seen clearly in gameplay or to use certain methods to access certain areas.

For each level, there is a specific spot where the easter egg can be found.[2] 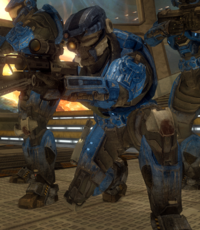 The armor seen in the Defiant Map Pack's official screenshots.