The Mombasa Mapping Project aims to cross-reference both in-game and supplementary material to attempt to make sense of Mombasa's regional structure.

Because their have been many sources, both visually and written, describing and showing off the real world inspired Mombasa area, it is now possible to begin placing, collating and theorising about the landscape of Mombasa.

To begin, Mombasa is actually a real world city with a specific geography. As such, here is an IRL overview of the city. North is up in this image. 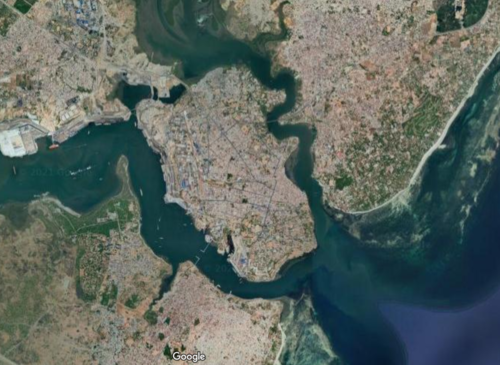 The Halo universe has revisited the city several times, in several styles with numerous locations. Here is a collection of various maps, and overhead images from around the city.

With all the available information given, rough maps of the city can be constructed.

Checked boxes indicate articles that have been updated with new info and images.

Double check that locations and location based info is updated on various character related pages.