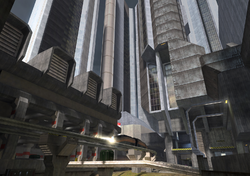 Liwitoni Station is a MagLev Train station in New Mombasa's Liwitoni district, under the jurisdiction of the New Mombasa Transit Authority. It is designated as Station 7.[1]

Liwitoni Station, along with every other MagLev station, was closed following the Covenant invasion during the Battle of Earth. The maglev rail system was one of the Covenant's first targets during the battle.[1] 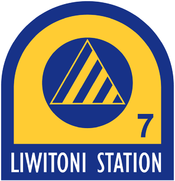 The logo of the station.