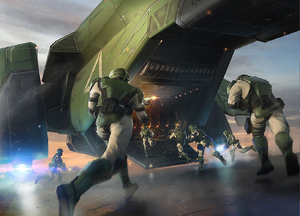 A tactical aerospace lifter, more commonly known as a combat dropship or dropship[1] is an atmospheric, exoatmospheric, and/or limited space flight transport aircraft/spaceplane of small proportions. They are chiefly designed to service a ship, generally by transporting personnel and/or supplies to and from surfaces or another ship. They are often referred to as an assault boat,[2] shuttlecraft, or troop carrier; depending on the application of their intended type and role.

The dropships main role is rapid insertion and extraction of troops, equipment and vehicles from the battlefield. Some dropships are designed to carry specific types of cargo, such as supplies or prefabricated structures.[3] On capital ships, dropships perform double duty, serving as tenders in day-to-day activities, but fully equipped to act as evacuation crafts in an emergency.

A military dropship's primary technical definition is any logistical support/deployment platform that can deliver (or extract) troops, military assets, and hardware from space platforms to the surface of a planet or ship (or vice versa) for infiltration, invasion, and boarding operations. These dropships also serve as gunships and utility craft, providing ground operations with close air support in addition to ferrying infantry and matériel between combat zones within atmospheric and/or terrestrial environments.[4] 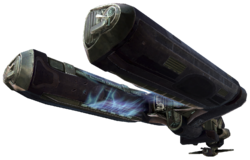 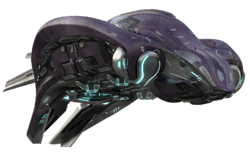 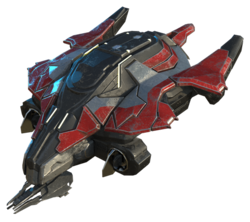 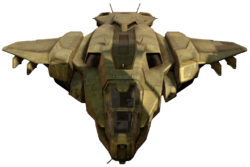