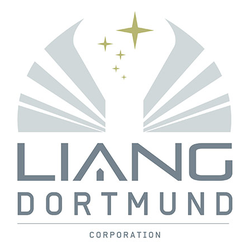 In 2556, Liang-Dortmund established the Alluvion Research Center (ARC) inside the perimeter of Forerunner pylons to research a new fuel type discovered at the bottom of the Sundark Sea. The pylons retracted a year later, costing Liang-Dortmund the ARC.[3]

The corporation employs an embedded security force, which is authorized to purchase weapons and vehicles from the United Nations Space Command suppliers, with special modifications according to the corporation's operational needs.

A truck sporting the Liang-Dortmund logo.

Aside from its security force, Liang-Dortmund also employs a vast fleet of non-combat vehicles for mining and transportation purposes.

The corporation also produces construction materials for human settlements on Kamchatka[5] and Alluvion.[6] Other specific items include the Liang-Dortmund red emergency flare.