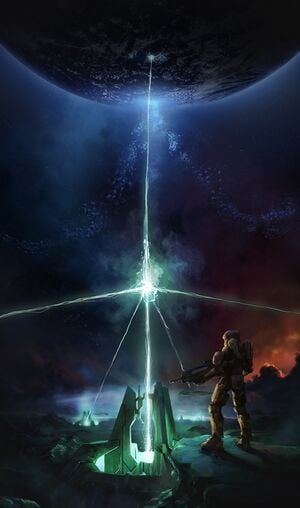 Orbital reformers, or simply reformers, are planetary-scale megastructures built by the Miner rate of the Forerunners.[1] used for the purpose of collating raw materials on a massive scale. These materials were used in the construction of the Ecumene's signature megastructures by breaking down planets and megastructures into their core components, before reforming them into new constructions. Reformers take the form of a moon-sized world built around a reformation core, and base their production outputs on a design seed fed into them. Reformers have no modern-day equals.[2]

In the modern day, a reformer was inadvertently discovered orbiting the human colony world of Draetheus V. Believed to be a natural satellite of Dratheus, the reformer designated X50 was activated by Merg Vol's Covenant during their invasion of the Draetheus system in 2554 in an attempt to destroy the colony world.[3] A Forerunner world designated as X-40 was also used by the United Nations Space Command for their simulated training of Spartans.[4] Given its naming, it is likely that X-40 is another example of a reformer.