The Eos'Mak-pattern Pistol[6] (UNSC Type classification: Type-25 Directed Energy Pistol, T-25 DEP)[3] also known as the plasma pistol, is a Covenant infantry firearm, carried commonly by the smaller species, such as the Unggoy, Kig-Yar, and the Yanme'e, but is occasionally used by larger species such as the Sangheili and Jiralhanae; as such it is the most commonly encountered Covenant energy weapon.[5] While weak on its own, the plasma pistol has a wide variety of functions and becomes deadly in large numbers.

The plasma pistol is a Covenant directed-energy weapon that was reverse-engineered from a Forerunner device.[1] The weapon is powered by a battery cell. This battery can be recharged using a variety of power sources, including UNSC generators, provided an appropriate adaptor is at hand.[7] Plasma pistols have a core power output of 100-150 KV at 2~3 dA, but when overcharged, the power output can reach 1.5 MV @ 2~3 dA.[3] The Type-25 DEP is a semi-automatic weapon using a single collimator design that gives the weapon its smooth and aerodynamic, claw like appearance. The Type-25 DEP's functionality is straightforward, the rear section of the pistol has a holographic display which indicates temperature as the weapon is fired—in the center of the holographic display is a small red pad, this pad is the Type-25 DEP's safety and activation mechanism. Before the plasma pistol can be fired the user must place their thumb on the pad, the pistol then activates and can be fired. On the left side is another small red button; this opens the top heating vent and allows access to the weapon's internal components.

The plasma pistol has two modes of fire, semi-automatic direct and semi-guided area of effect (AOE), also known as "overcharge".[8]

When rapidly tapping the trigger, the plasma pistol will fire small bolts of plasma. These bolts deal little damage to targets protected by energy shields, though still more than most bullet weapons. Against unarmored targets, though, the lethality of the Type-25 DEP is extreme. Injuries inflicted to a victim are severe third-degree burns, this level of injury causes the wound to be cauterized instantly upon impact.[9] Body fluids would be subjected to flash vaporization, inducing a strain or a shock on the body after impact,[10] fluids trapped in organs or arteries in addition to the rapid expansion of heat would cause ruptures or small explosions causing additional damage to the target. Near misses can also cause injury to the target, as they produce severe burns to the area they pass, this can also cause heat trauma or heat stroke from the extreme temperatures of the bolt.[11][12] Should the plasma strike cover, the impact can cause splash damage by flinging heated debris, though the blast radius is smaller than most Covenant explosive weapons.[13] 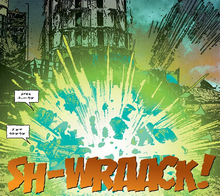 A trio of Unggoy Minors being disintegrated by an overcharged bolt from Myras Tyla's plasma pistol.

If the plasma pistol's trigger is held for a few seconds, the plasma at the tip will gather into a large spherical mass. Releasing the trigger will fire a single bolt of larger size than usual. This bolt, if aimed correctly, will track its target for a short distance if they attempt to dodge. The overcharged bolt creates an electromagnetic pulse, stunning most electronics. If the target is protected by energy shields, all but the strongest shields will break, allowing their body to take damage.[14] If the overcharge strikes a vehicle, it will be temporarily disabled and rendered helpless for several seconds. As such, even the weakest Covenant infantry can thwart an assaulting Spartan or vehicle, forcing their foe to retreat or creating an opening for their allies. Should an overcharged bolt strike an unarmored flesh target, it will result in instant death.[15] During the Battle of Cleveland, Myras Tyla, striking an Unggoy Minor trio with her plasma pistol, disintegrated three Unggoy rapidly from a single overcharged bolt strike.[16]

However, after the overcharged bolt is fired, the pistol will automatically overheat. Until it cools down the pistol cannot be fired in this mode, giving an opposing target enough time to counterattack. Using the overcharge frequently will also drain the battery faster than usual. 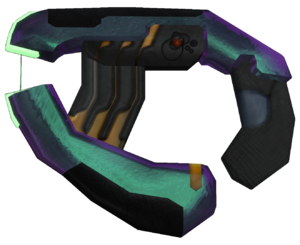 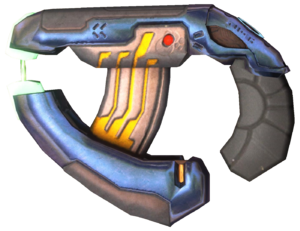 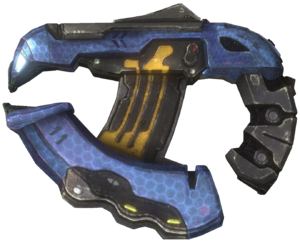 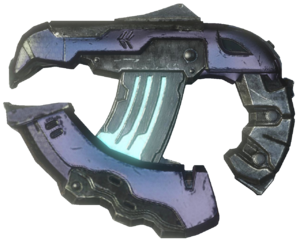 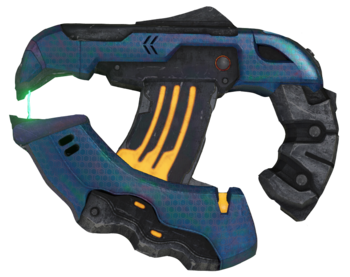 Plasma pistols are used by the Covenant against humanity.[17]