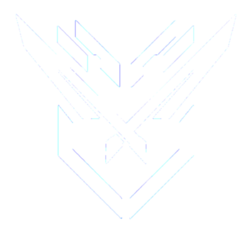 The Scorpion, CDS' most notable product.

According to Saskia Nazari, Chalybs Defense Systems has been around "forever," though it has used different names in the past.[2] Along with selling to the UNSC, Chalybs had ties to the Insurrection, selling weapons to both sides.[3]

In 2479, Chalybs Defense Solutions was one of the several military contractors that took residence on the human Outer Colony of Meridian.[1] CDS established numerous facilities on Meridian, including one in the city of Angoulême.[4] The company secured the contract for the M808 Scorpion, bringing profit and economic stability to both Meridian and themselves.[5][6] CDS also developed and manufactured the M850 Grizzly.[7] Chalybs Defense Solutions was contracted by the UNSC Navy's Office of Naval Intelligence to manufacture the M145D "Rhino" artillery vehicle, which was based on the ONI-developed Zeus 320mm plasma cannon,[8] and to manufacture the Operator armor for the Beta-5 Division's Asymmetrical Action Group.[9] Chalybs also developed the standard-issue pilot helmet for the UNSC Air Force.[10] Both armor systems were tested at the Chalybs Testing Preserve.[9][10]

During the Human-Covenant War, Meridian was attacked by the Covenant in 2548, hoping to cut off the supply lines Meridian provided to the United Nations Space Command's war effort.[1] After finding an old Sundered Legion, Saskia Nazari discovered that it had an CDS control pad and was able to use override codes she had learned from her parents who worked for the company to open the hanger door.[2] Later, Saskia, Victor Gallardo, Dorian Nguyen, Evelyn Rousseau and Spartan-III Owen-B096 took some of her parents prototype weapons to fight the Covenant.[3] By 2551, Meridian was glassed by the Covenant and CDS was forced to abandon all of their facilities on the world.[11]

Following the Covenant War, Acheron Security took control of manufacturing the M808 Scorpion,[12] while the Naphtali Contractor Corporation took over production of the Operator and Commando armors.[11] In 2556, Chalybs Defense Solutions was one of many companies put under "active investigation" by ONI after the Sedra terrorist attack.[13]