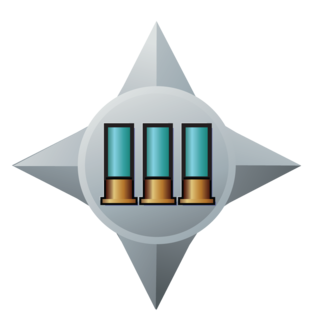 Shotgun Spree is a spree medal awarded in Halo 3, Halo 3: ODST and Halo: Reach Multiplayer, Campaign and Firefight. In Halo: 3 and Halo 3: ODST it is awarded for killing five opponents in a row with the Shotgun without dying. The M90 CAWS (not the Mauler) has to be the weapon that kills the opponent. In Halo: Reach the medal does not require kills to be consecutive, just that the player kill five enemies with the shotgun without dying.

Melees with the shotgun do not count toward the medal.

It is represented by a steel four-pointed star with three blue Shotgun shells in the middle.