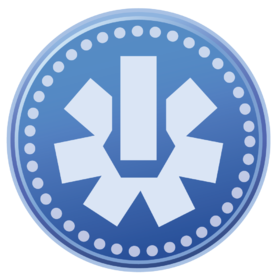 Linktacular is a Bungie.net medal which was awarded in Halo 3 and Halo: Reach Multiplayer, for playing in a matchmaking game composed entirely of Bungie.net users; meaning they have registered on Bungie.net by linking their gamertag to the Bungie.net profile. In Halo 3, each linked gamertag is signified by the Seventh Column symbol beside their gamertag in-game, while Halo: Reach players may choose among various nameplates. The image consists of a blue circle with the Seventh Column in the center. The medal does not appear in-game and can only be viewed on Bungie.net.

On March 31, 2012 Bungie.net ceased updating Halo game stats and player records, transferring all record-keeping responsibilities to Halo Waypoint.[1] As Linktacular could only be viewed on the site, it is no longer awarded.