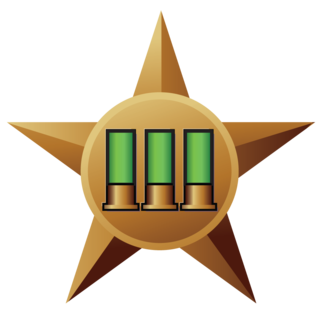 Melees with the shotgun do not count toward the medal.

It is represented by a bronze five-pointed star with three green shotgun shells. This medal can be easily obtained through many maps, but is easiest to get on common camping spots or in objective-based games where the focus is drawn away from killing. Especially on maps such as Epitaph, Foundry, Guardian, and Orbital. [1]