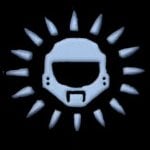 Juggernaut is a multiplayer gametype available in Halo: Combat Evolved, Halo 2, Halo 3, Halo: Reach and Halo 2: Anniversary. It was originally a version of Oddball in Halo: CE. This was later changed.

Juggernaut is the "Halo" version of tag. Although it resembles Slayer in that one must amass so many points to win, there are two major differences.