Commander-in-Chief of the Office of Naval Intelligence 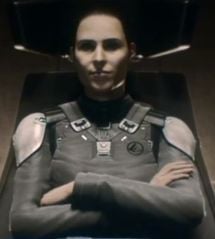 While ONI remains a major subordinate command under the UNSC Navy, the CINCONI sits on the Security Council with equal stature and privilege to their parent service's Chief of Naval Operations.[3] Unlike their colleagues on the council, however, the CINCONI's role is inherently operational by nature. The CINCONI oversees the day-to-day operations of the command and deploys its assets. Under the CINCONI's command exists a microcosm of the UNSC's warfighting capability with its various direct action and covert special operations units, security forces, and warships. Although ONI maintains numerous security councils and a number of checks and balances within the organization proper, the CINCONI still holds the most power within the Office of Naval Intelligence.[2]

The Office of Naval Intelligence takes full advantage of a level of independence no other major command in the UNSC is given. CINCONI's political charge under the United Nations Space Command's former emergency government was greatly expanded from the pre-war era, and despite complete transfer to civilian control with the end of the Human-Covenant War, their power and influence still remains. The former intelligence gathering agency of the Colonial Administration Authority, the Department of Colonial Security, reports directly to the office of the CINCONI.[4]

CINCONI's office is located in Core 5, a section of HIGHCOM Facility Bravo-6 in Sydney, Australia on Earth.[5]