< Hub:Halo Infinite
Welcome to Halopedia, the Halo wiki and definitive source for Halo information that anyone can edit.

Welcome to Halopedias Hub dedicated to Halo Infinite the sixth mainline game in the Halo franchise. Scheduled for release in Holiday 2020 alongside the Xbox Series X|S, Infinite will follow up on the events of 2015's Halo 5: Guardians, which left off with the United Nations Space Command in tatters, the Master Chief stranded on Sanghelios and the UNSC Infinity on the run, following an uprising by a group artificial intelligences calling themselves the Created, led by Cortana. Now several years later, the Master Chief finds himself awoken on a Pelican by the Pilot and must face down the Created threat on a shattered Halo installation.

These would cover "big" things in the games. So the game itself, DLC, news. But be more image based with 1 sentence.

This would be the more text savy area. Allowing users full access to important pages in regards to the game. This could either be near the top (easier for users to access) or near the bottom. (Most wikis have this near the top however.) This would also contain stuff like related media (Halo: Shadows of Reach and The Art of Halo Infinite) 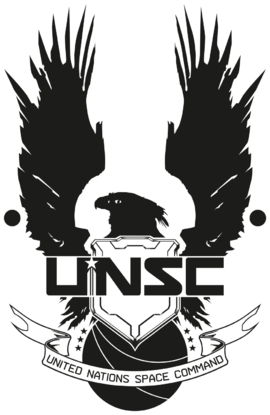 The United Nations Space Command (UNSC) is the military, exploratory, and scientific agency of the Unified Earth Government which acted as the emergency governing body of the human race at large for a time.
Nominations • Recently Featured 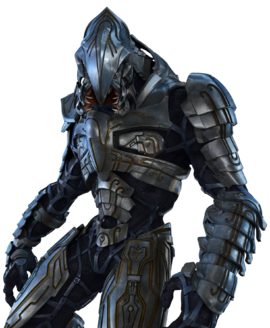 Ripa 'Moramee was a Sangheili warlord and military commander who served as the Arbiter of the Covenant during the beginning of the Human-Covenant War. 'Moramee was ruthless and unrelenting, concerned more with victory and glory over honor. Though known for his intense rage and savagery, 'Moramee was an extremely effective commander and a highly talented strategist

Article Improvement Drive is a community project to improve the wiki's content through bringing articles in dire need of improvement—from cleanup to content expansion and updates—to everyone's attention. Anyone is welcome to participate in the project!

A small sampling of articles in need of new content:

The following articles for Halo media could use the addition (or completion) of a plot synopsis:

This section would be dedicated to the overall Halo universe. Allowing users to dig deeper. This would be in the side bar. But near the bottom. (This will be in all Portals)