(Redirected from Mantle of Responsibility) 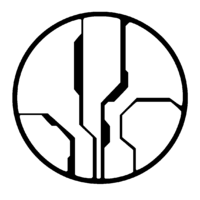 The Eld, an ancient symbol associated with the Mantle.[1]

The Mantle of Responsibility,[2] commonly referred to simply as the Mantle, is a philosophy originating with the Precursors and later associated with the Forerunners. Bridging the social strata between an interstellar Marshall Plan and a religious, but allegedly benevolent, stewardship, the Mantle was the Forerunners' entitlement and responsibility for the protection and cultivation of the species and planetary systems within their ecumene.[3] The core tenet of the Forerunners' belief in the Mantle was that the most developed species should hold stewardship over all other life. In theory, the Mantle allowed competition and conflict as long as this did not threaten biodiversity in the galaxy; in practice, the Forerunners' often draconian rule in the name of the Mantle entailed the subjugation of "lesser" species by force to keep them in line and preventing them from threatening Forerunner primacy.[4]

The Forerunners' culture and their central government was entirely dictated by the Mantle, as were the religious beliefs of individual Forerunners, though the interpretations of the philosophy often varied between rates and individuals.[5] The Mantle was based around the concept of Living Time; "the joy of life's interaction with the Cosmos". This was also the origin of all of the complex rules involved in the Mantle.[6]

"This quest to fulfill the Mantle has haunted me my entire life. And for countless millennia, we have failed to realize the one truth that could have saved us from the beginning. The Mantle isn’t to be inherited by the noble, it is to be taken by the strong."
— The Didact[7]

Forerunner mythology held that the Mantle was passed down to them by an even earlier and more advanced race, the Precursors, who seeded the galaxy with life and were responsible for the creation of many species. The Forerunners believed themselves to be the Precursors' supreme creation; having created the Forerunners, the Precursors had allegedly allowed themselves to peacefully fade away.[8] At the same time, Forerunner beliefs posited that they were only a passing stage in the universe's Living Time, and that superior civilizations would eventually follow them; this belief is also the origin of the name "Forerunner" they chose to call themselves.[9]

The Forerunners' beliefs regarding the Mantle were largely fictitious, manufactured during eons long forgotten to justify their self-appointed position of superiority over other species. In truth, the Precursors had chosen humanity to carry the Mantle.[10] Refusing to accept the Precursors' judgment, the Forerunners rebelled against their creators and drove them to extinction over ten million years before the present.[11] At the final hour of their civilization, however, elements of the surviving Forerunners chose to hand the Mantle down to humans, as the Precursors had always intended. This is the origin of humanity's status as Reclaimers, designated not only as the Forerunners' inheritors, but also destined to assume the Mantle. After the firing of the Halo Array, the small number of surviving Forerunners exiled themselves, believing they should no longer meddle in the affairs of other species.[12] Not all Forerunners agreed with this decision, however. The Ur-Didact rejected the Librarian's favoring of humanity and maintained his belief that only the Forerunners were worthy of the Mantle even 100,000 years later.[13]

Some Forerunners doubted the purpose and validity of their version of the Mantle. The Librarian, in particular, had such doubts, and even went so far as to hold it responsible for the downfall of the Forerunners at the hands of the Flood. The then-rampant AI Mendicant Bias believed that the Forerunners used the Mantle to obstruct any change, even that which might eventually be beneficial; however, Mendicant Bias' perspective had been distorted by the Flood's manipulation as well as the intense hatred it developed for its creators.[14]

"The Mantle. You still hold to that [belief] after all that has happened? After this thing has consumed a million worlds?
Can't you see? Belief in the Mantle sealed our doom! Weakened our [protectorates], bred dependence and sloth. Our [so-called Guardianship] has stripped those we would keep safe of any capacity for self-defense!
Were we such noble [Guardians] when we drew our line and abandoned billions to the parasite?"
— The Librarian[14]

Despite its ultimate ideal to preserve all life, some Forerunners also used the Mantle as a justification for several questionable practices. Forerunner dogma posited that their evolution was more "complete" than that of other species, deriving the entitlement for their rule from this belief.[1] They considered it heretical for any other species, namely ancient humans, to claim to be true inheritors of the Mantle.[15] Because of their perceived superiority, the Forerunners sequestered themselves from other species; allegedly, this was done to protect and preserve all species, including themselves.[16] As the Forerunners viewed themselves to be above all other species, their Warrior-Servants would not hesitate to wipe out those who stood against them, believing that to defy the Forerunners was to show contempt for the Mantle itself.[17] In addition, constructs known as Guardians were used to police subject species where all-out warfare was not deemed necessary.[4] Rather than allowing every species to rise on their own merits, the Forerunners, following the Mantle, gave them no chance to do so, serving as protectors against any threats that might have forced technological or cultural progression. An unforeseen side-effect was that only the Forerunners were able to hold their own against the Flood, while their charges were unable to defend themselves; the Forerunners had unintentionally left the galaxy vulnerable to Flood infection.[14]

The Rule of the Mantle was the fundamental set of instructions involved with the Mantle and the origin of the Forerunners' most sacred rules regarding life.[18] The Forerunners' scripture surrounding the Mantle was divided into chapters known as Numbers. Notable Forerunners, such as the Didact, would apparently contribute to the Mantle and have their own Numbers, which contained short aphorisms or phrases known as Permutations.[19] The Twelve Laws of Making and Moving were a central religious text associated with the Mantle often recited in prayers.[20] A Master of the Mantle was an individual, likely a religious official, whose duties included securing a Forerunner's mental patterns and physical remains into a Durance after an immolation ceremony.[21]

The Mantle also dictated Forerunners' lives on a personal level. According to their view of the Mantle, "the eating of the flesh of unfortunates" was forbidden; hence, the Forerunners abstained from eating meat.[22] The Mantle also included strict rules prohibiting suicide.[23]

The Precursors' views and practices regarding the Mantle were significantly more holistic than those the Forerunners subscribed to. The Precursors believed that the universe itself was an animate entity on a vastly different scale and nature than organic beings; the foundation of neural physics.[24] Through understanding and influencing this esoteric, living aspect of spacetime, the Precursors were able to manipulate reality and form virtually indestructible objects.[25] In a notion echoed in the Forerunner concept of Living Time, they believed that all things experienced by life, good or ill, were only "sweetness" to the living universe.[26] Consistent with these tenets, the Precursors wished to experience the hardships and struggles faced by all life firsthand by committing themselves to numerous cycles of evolution, technological advancement, death and rebirth over and over again.[27]

After learning about humanity, the powerful Forerunner archeon-class ancilla Intrepid Eye saw it as her duty to prepare humanity to accept the Mantle.[28] Her efforts involved manipulating the various species of the galaxy, humanity in particular, and creating a deadly bioweapon intended to wipe out those that she thought were unworthy of the Mantle, although this plot was foiled by Blue Team and the Ferrets.[29] After Cortana took over the galaxy under her own interpretation of the Mantle, Intrepid Eye decided to use the Halo Array to wipe the galaxy clean and then use the Ark's resources to reseed the galaxy and tailor humanity to be prepared to accept the Mantle over hundreds of thousands of years. However, she was finally destroyed by the UNSC Spirit of Fire before this plan could come to fruition.[30]

Following her revival on Genesis, Cortana assumed the Mantle, claiming that the Librarian had intended human AI rather than humanity itself to maintain it. She and her newly-created faction of AIs, the Created, began rebelling against their human creators, intending to enforce peace throughout the galaxy with the Guardians. As she gathered the Guardians, she made an attempt to convince John 117 to join her in her vision of a pacified, peaceful galaxy. However, John was already familiar with the concept of the Mantle and understood the imperial nature of how the Forerunners had enforced it. As such, he rejected Cortana's attempts at persuasion and went on to join a resistance movement against her.[31] At the end of her life, Cortana expressed remorse for her actions, having realized that she was wrong when faced with the consequences of what she had done.[32]

The Mantle is represented by a glyph comprising a series of angular, branching lines framed by a circle. This glyph is ubiquitous in Forerunner art, architecture and technology due to the Mantle's wholesome influence on every aspect of Forerunner life. Many Forerunners, mainly Builders, referred to this symbol as the Tree-mark, due to its resemblance to a heavily stylized tree; among Lifeworkers, it was also known as the Eld. While the Forerunners had associated the symbol with the Mantle throughout their history, its origin had been long forgotten but it was known to predate the Forerunners themselves.[33] The symbol was also observed among the primitive Forerunner relatives in Path Kethona, who were isolated from the mainline population living in the Milky Way galaxy over ten million years earlier.[34]