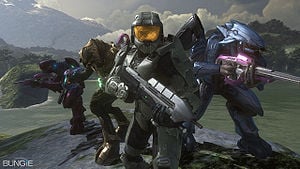 Halo 3 features an extensive single-player campaign, focusing on the efforts of the Master Chief as he attempts to save the galaxy from the Covenant and the Flood. The game can support two players on split-screen, with the second player playing as the Arbiter, while up to four players can play in co-operative campaign over Xbox LIVE - with players three and four taking the role of Elite allies N'tho 'Sraom and Usze 'Taham.

Due to the onset of the Great Schism in Halo 2, one of the biggest changes to Halo 3 campaign gameplay is the replacement of the Elites with the Brutes as the primary enemy type. To support their new role in the Covenant, the Brutes have been outfitted with a whole new suite of weapons, vehicles and armor to ensure their leadership goes unchallenged. 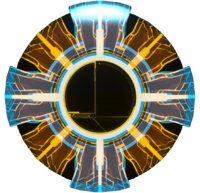 Halo 3 features a number of collectibles and easter eggs within its campaign levels, for unlock by the player. Most prominent among these are the Skulls and the Terminals. Each level features a hidden skull that, once picked up, can then activate unique gameplay effects to increase the game difficulty or add humorous effect.

The Terminals feature as a series of hidden text logs detailing the final days of the Forerunners' war with the Flood, serving as cryptic conversations and logs with deep links to lore from earlier media such as IRIS and later media such as The Forerunner Saga.