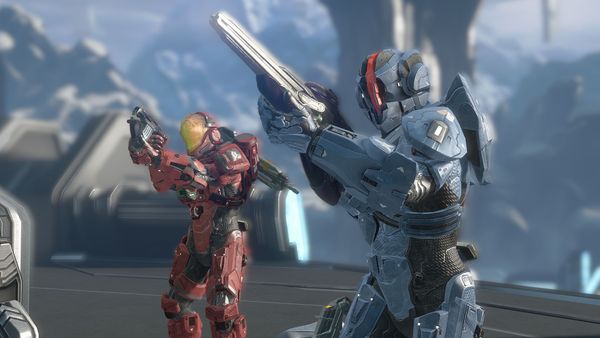 Community Social Gaming (CSG), previously known as Halopedia Warz, was created in 2007 as a collaborative gaming effort by former administrator RelentlessRecusant. At first Halopedia Warz was a spur-of-the-moment kind of thing, with matches scheduled whenever Relentless was available. Later on Halopedia Warz turned into an internal gaming network where organized teams faced each other in Halo 2 & Halo 3. When RelentlessRecusant took an indefinite leave of absence in 2009, the responsibilities were taken up by CommanderTony and Spirit-of-HALO (now known as Killjax) as a way to bring the local gaming community together. Due to time constraints however, Halopedia Warz was put on hiatus.

As a way to promote the release of Halo 4, Halopedia Warz was revitalized and reorganized into "Community Social Gaming" as Halopedia's new social gaming effort.

You can check out older matches of CSG, as well as Halopedia Warz, here.

• Only Community Leaders are allowed to edit the roster. Any tampering of the list will be reverted
• Halopedians who are interested in our Gaming Events and other cooperative sessions will need to sign-up first before their user identification is placed below

Current members of CSG are listed below with their respective Xbox Live gamertags and regional time-zones.

Participating players will be assigned to either the Red or Blue team upon each Gaming Event.

If for some reason you do not want to be on the list, or do not have the time anymore, just ask to be removed and we will promptly do so.