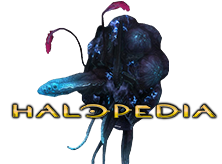 Hello everyone, and welcome to Issue 4 of Halopedia News. This issue has so much to go over, like the live stream to the release of Halo: Recruit. So lets do it live!

News for the news

We at Halopedia news brainstormed a few names to rebrand the news, but we need your help, because if it matters to you it matters to us. On Twitter we put up a poll on what we should be named and it will be open for 1 week. Here is a few of our ideas:

To vote please go on twitter and select an option here.

Edit: Ok update. We had to retract an option cause it was too similar to another group. To vote now please vote here. Sorry for those who voted already.

Halo Recruit finally released, and is a interesting experience. You can download it here but you require a Windows MR Headset. Fun fact, as of this writing the "Grunts" information is wrong and has their Latin name spelled wrong, it is meant to say "Unggoy Monachus Frigus" but says "Unggoy Manachus Frigus", the more you know. ;)

There was a Halo live stream done this week, and you can watch it on the right hand side of this text, but to run down the most important stuff in this update.

If you wanna read more about it go here.

As Haloween gets closer we plan to show a horror themed Community Spotlight as much as we can(though we will bend the rule if you awesome folks show something awesome).

What is to come!

Next issue will have the results on the voting on what we will be named. See you next time everyone!