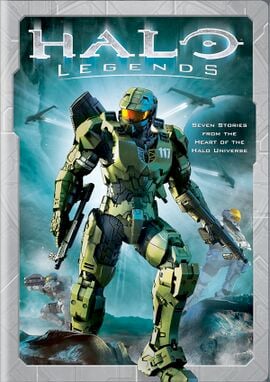 Halo Legends is a series of seven anime-styled short films set in the Halo universe. Originally released in 2009, these films were created by six different Japanese production houses, including Bee Train, Bones, Casio Entertainment, Production I.G., Studio 4°C, and Toei Animation. Two of the shorts, The Duel and Homecoming, were developed by Production I.G., a studio that is also contributing to the Star Wars franchise's own anime series, Star Wars: Visions.

How to add an item[edit]

To add an item you need to use the following code. <option> {{Halopedia:Main Page/Featured/Layout|Name|File:|Description}} </option>

And replace the following words with the file name