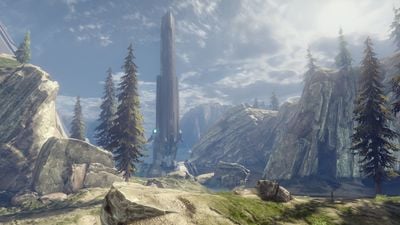 "For Halopedia! Axios!"
— Pretty much all of us.

I honestly did not think we get this far. If this is any more successful than it is now, we shall look back and see how awesome it was. Community Social Gaming, thus far, has exceeded my expectations. People actually showed up and had a blast. It turned out that we ended up staying for a couple of hours more so than planned. Online battles raged not only on Ragnarok, but other maps as well. I think we played every other game-type as well, including Grifball. Blood was splattered, retributions were paid, and warthogs burned. I look forward to another gaming event.

"Woe! What is that thing? I don't know what to do!"
— Porplemontage referring to the activated Forerunner-extraction device.

"Who brought the robot?"
— Spartacus referring to the Mantis.