This period in human history was marked by a series of brutal conflicts between various governments and factions in our Solar System. Conflicts of particular historical importance included the Jovian Moons Campaign, The Rain Forest Wars, and a series of clashes on Mars.

As overpopulation and political unrest on Earth increased, a number of new political movements formed. The most noteworthy dissident movements of the period were the "Koslovics" and the "Frieden" movement. The Koslovics—supporters of neo-Communist hardliner Vladimir Koslov—sought a return to the glory days of Communism and the elimination of corporate and capitalist influence, particularly in orbital facilities and offworld colonies.

The Frieden movement was a resurgence of fascism, springing from anti-Koslovic sentiment that had taken root in the Jovian colonies (largely backed by Unified German Republic corporations, frequent targets of Koslovic "workers' crusades"). "Frieden" literally means "peace"—in this case, they believed that peace could be achieved only once the "oppressors on Terra Firma" were eliminated.[1]

UN-sponsored military forces began a pattern of massive buildups, culminating in the first real interplanetary war. After the successful Marine deployment on Mars, recruitment drives and propaganda tactics strongly bolstered UNSC (United Nations Space Command) forces. UN forces defeated Koslovic and Frieden forces on Earth, then began a systematic and dedicated drive to crush their remnants on the various planets they held throughout the system. At the conclusion of these brushfire conflicts, Frieden and Koslovic forces were defeated in the face of a massive, unified and very powerful UN military.[1]

A unified Earth government was formed in the wake of these conflicts. Now, the victors were forced to deal with a less obvious but equally serious threat: overpopulation and a massive military that had no enemy to fight.

In the postwar period there were massive population surges and the overpopulation, coupled with the destruction and famine bred by the Rain Forest Wars, threatened to destabilize the economy.[1]

A team of researchers, physicists, and mathematicians working in secret developed the Shaw-Fujikawa Translight Engine, a practical means of propelling spacecraft across vast interstellar distances. This new engine allowed ships to tunnel into "the Slipstream" (also called "Slipspace"). Slipspace is a domain with alternate physical laws, allowing faster-than-light travel without relativistic side-effects. Faster-than-light travel is not instantaneous; "short" jumps routinely take up to two months, and "long" jumps can last six months or more.

The SFTE generated a resonance field, which when coupled with the unusual physics of the Slipstream, allowed for dramatically shorter transit times between stars; however, scientists noted an odd "flexibility" to temporal flow while inside the Slipstream. Though no human scientist is sure why travel time between stars is not constant, many theorize that there are "eddies" or "currents" within the Slipstream—there is generally a five to ten percent variance in travel times between stars. This temporal inconsistency has given military tacticians and strategists fits—hampering many coordinated attacks.[1]

The Earth government unveiled the first in a line of colony ships—and volunteers were in great supply. Conditions on Earth had deteriorated in the face of overpopulation, so hitching a ride out to a colony became an attractive option.

Each colony ship was assigned military personnel and escort ships to help better utilize the massive (and expensive) standing fleets that, in the collapse of armed dissent, were soaking up a great deal of funding and resources.

Because FTL travel in this period was still fairly new and expensive, colonists and military personnel faced a stringent regimen of physical and mental testing. In theory, only the best-qualified citizens and soldiers were allowed to colonize "nearby" worlds. This was the birth of the Inner Colonies.[1]

The Odyssey launched on January 1, 2362. The lead ship in a fleet of colony vessels, the Odyssey—laden with troops and terraforming gear—spearheaded the colonization of a new world. This sparked the first wave of human expansion beyond the confines of the Solar System.[1]

By 2390, the colonization of the Inner Colonies was fully underway. There were 210 human-occupied worlds in various stages of terraforming, and the population burden across human-controlled space was largely stabilized.[1] 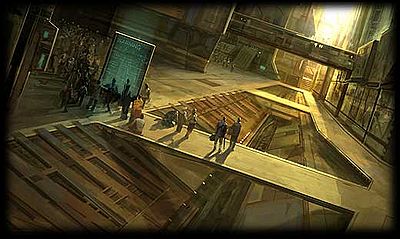 The colony of Harvest is established in this year by the UNSC Skidbladnir. The ship is eventually used for materials to build the colony, its power plant is used to power the capital city of Utgard.[2]

The UNSC Spirit of Fire CFV-88 is constructed. It is a Phoenix class colony ship that is later refitted into a warship.[3]

The Birth of the Outer Colonies:

Expansion continued at a rapid pace, and by 2490 human space encompassed more than 800 worlds throughout the Orion Arm of the Milky Way (ranging from fairly well-tamed planetary strongholds to tiny hinterland settlements). Outward expansion continued, and the Inner Colonies become a political and economic stronghold, though they relied heavily on raw materials supplied by the Outer Colonies. 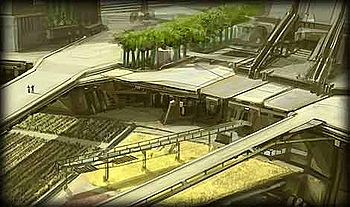 During this period, the planet Reach (orbiting Epsilon Eridani, right on Earth's metaphorical doorstep) became the UNSC's primary Naval yard and training academy. Reach was a major producer of warships and colony vessels, as well as a training ground for covert operatives and Special Forces.[1]

The UNSC Spirit of Fire undergoes a series of refits in this year that transform it from a colony ship into a warship. Refits include the addition of a Magnetic Accelerator Cannon to the ship.[3]

The Harvest orbital platform made long range radar contact with an object. It was made of an unknown material. Contact with Harvest was lost shortly thereafter.[4]

Sent by the Colonial Military Administration to investigate the loss of contact with Harvest, the scout ship Argo arrived in-system on 20 April. Other than a brief transmission to confirm their exit Slipstream position no further reports were made.[4] 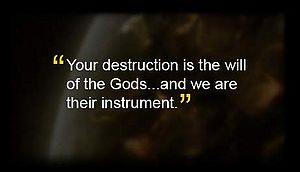 Fleet Command assembled a battlegroup to investigate and they enter the Harvest system on 7 October. The battlegroup consisted of the destroyer Heracles, commanded by Captain Veredi, as well as the frigates Arabia and Vostok.

They discovered drastic changes to the planet Harvest’s surface and no sign of the three million colonists. An alien ship was detected in orbit. The ship did not attack until Captain Veredi tried to initiate communications. They responded by broadcasting the following message in the clear, in our own language: “Your destruction is the will of the Gods…and we are their instrument.”

The Vostok and Arabia were lost with all hands while the Heracles jumped out of the system, but took several weeks to return to Reach due to damage sustained in the battle.[4]

The UNSC is placed on full alert. Vice Admiral Preston Cole is mobilizing the largest fleet action in human history to retake the Harvest System and confront this new threat.

The Spartan II program is accelerated to help deal with the new Covenant threat.[4]

The Battle of Harvest:

Admiral Cole's war fleet engages the alien warship responsible for the decimation of the colony, scoring a victory (though the battle cost Cole two-thirds of his battle group). Only a last minute tactical inspiration turned the tide of battle. After returning to Earth, Cole-promoted to Admiral-learns that a number of outlying colonies have been destroyed, leaving behind no survivors. Cole begins to move his fleet around, trying to intercept the invaders. Ground and ship-to-ship battles begin in earnest, raging throughout the Outer Colonies. During one ground engagement, Human forces capture one of the aliens. Before succumbing to his wounds, interrogators learn that the aliens refer to themselves as "the Covenant" (roughly translated).[1] 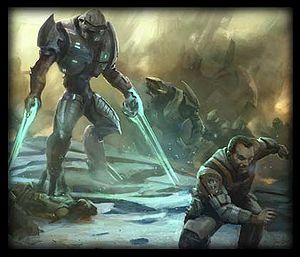 Over the next four years, Cole's forces were hammered, despite his excellent leadership and tactical brilliance. It was simply a matter of being outgunned; Covenant kill ratios tend to top four to one in ship-to-ship combat.

By November of 2535, virtually all of the Outer Colony worlds had been destroyed by the Covenant. The "Cole Protocol" was established by military order: All human vessels must ensure that Covenant forces do not find Earth. Human ships—when forced to withdraw—must not travel on an Earth-bound vector, even if that requires jumping into Slipspace without proper navigational calculations.

If blind jumps are not possible, the ship's captain must order self-destruction if capture is imminent. In addition, it is also imperative that the powerful ship AI data cores not fall into Covenant hands, so part of this protocol involved either the removal or destruction of the ship's AI in extreme situations.[1]

The Siege of the Inner Colonies:

Covenant forces swarmed into the Inner Colonies. For several years the war fell into a pattern: humans emerged victorious from isolated battles—typically during ground operations—but at a horrible cost. In space combat, the humans lost at a precipitous rate, and one by one, the colonies fell.[1] 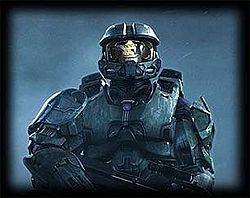 Covenant forces arrived at Reach and obliterated Earth's last major military stronghold. The battered cruiser, the Pillar of Autumn, fled the devastation, carrying with it the sole surviving SPARTAN. The SPARTANs—an elite unit of supercommandoes, equipped with the fearsome MJOLNIR assault armor—were created as the ultimate soldiers.

Now, only one SPARTAN remains to carry the fight to the enemy. In accordance with the Cole Protocol, Captain Jacob Keyes—the Autumn's commanding officer—plotted a random, long-distance jump, hoping to lure the Covenant fleet away from Earth.

After deactivating the drive, the Autumn dropped into a distant, uncharted system. There was a Covenant fleet in the system as well, near a planet-sized ring-shaped construct, "Halo."[1]