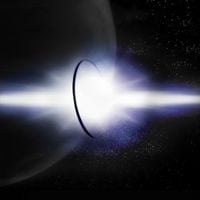 The UNSC Pillar of Autumn arrived in the Soell system after integrating information gleaned from the Sigma Octanus IV artifact into the ship’s “random” trajectory. Upon arrival, the crew bared witness to an enormous ringworld structure called “Halo” (Alpha Halo/Installation 04), anchored at the Lagrange point between the gas giant Threshold and its moon, Basis. Heavily damaged, and with the Covenant in pursuit, Keyes brought the Autumn down to the surface. While the Master Chief and Cortana extracted Marines scattered across the ring’s surface, the Covenant captured Captain Keyes and brought him aboard the Covenant battlecruiser Truth and Reconciliation for interrogation.

After the Master Chief led a successful effort to free Keyes, the captain explained what he learned from the Covenant: Halo was a weapon of incredible power and one which the aliens are desperately seeking to activate. The Master Chief and Cortana headed to the “Silent Cartographer,” a map room which will show them the exact location of the ring’s control room. Meanwhile, Keyes, Sergeant Major Avery Johnson, and a squad of marines explored a potential weapons cache, but instead of finding armaments, they stumbled upon a parasitic threat known as the Flood. Finally, the Master Chief and Cortana secured both the map room and the control room. After losing contact with Keyes’ squad, Cortana sent the Chief to investigate, only to discover the Flood has now been unleashed. While escaping from the containment facility and with the parasite in close pursuit, the Chief came face-to-face with 343 Guilty Spark, a Forerunner AI, which claimed to be the monitor and caretaker of the Halo ring.

343 Guilty Spark convinced the Master Chief that in order to stop the Flood, Halo must be activated, an act only accomplished by acquiring the Index from the center of the Library. The Master Chief procured the Index and was transported back to the control room with Guilty Spark. However, before he activated the ring Cortana halted the process and divulged the true purpose of the ring: to destroy all sentient life, thereby starving the Flood. After escaping Guilty Spark and destroying critical pulse generators to hinder the Halo’s activation, the Chief and Cortana headed to a lone Covenant battlecruiser. There they acquired the captain’s neural interface from the parasitic remnants of Keyes’ Flood-infected body with the intention detonating the UNSC Pillar of Autumn’s fusion reactors.

After commandeering a Covenant Banshee to return to the Autumn, the Master Chief and Cortana discovered that 343 Guilty Spark has followed them there. The monitor froze the self-destruction sequence, forcing the Spartan to physically crack the engines in order to destabilize the fusion reactor. Once successful, the Chief and Cortana managed to get to a UNSC Longsword fighter and escaped the violent destruction of the ring. In the aftermath, they scan the debris field and eventually find a Pelican and a small band of UNSC survivors (Sergeant Johnson, Lieutenant Elias Haverson, Corporal Locklear, Sheila Polaski and even the cryotube-encased body of Spartan Linda-058). Through a series of risky maneuvers, the Spartan managed to get all of the survivors aboard the Longsword. He eventually took control of the Covenant carrier Ascendant Justice and used its impressive slipspace capabilities to quickly return to Reach.