A good soldier knows his weapons—and the weapons that might be used against him. Here's our breakdown of the Halo®: Combat Evolved weaponry along with tips for maximum effectiveness. 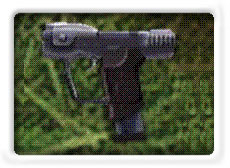 While the Pistol doesn't have a great deal of fire power, in the hands of a skilled player, the zoom function allows you to score deadly head shots (especially in multiplayer death matches.) 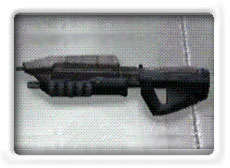 The Assault Rifle is a great all-around weapon that's effective against Covenant enemies and Flood spores. Not recommended against Flood Elites or Flood Humans. 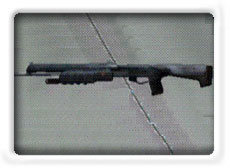 This weapon is the best defense against Flood Elites and Humans. The Shotgun can spell a quick death in multiplayer death matches. One up-close shot usually eliminates a foe's energy shield, while the next will put him down.

The Sniper Rifle is a great weapon to have if you want to scout out an area. It's great for all Covenant enemies, but it's very ineffective against Flood Elites and Flood Humans. 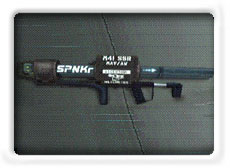 The Rocket Launcher is the most powerful weapon you can carry. Be careful when using this weapon in tight quarters—the explosion of a Rocket Launcher round can damage or even kill you. 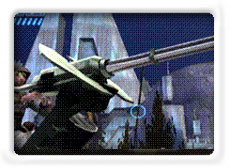 The M41 LAAG, or Warthog chain gun, has unlimited ammo—which means unlimited fun in mowing down anything of the enemy-variety that gets in your way. In multiplayer combat, though, you're a sitting duck for a grenade or rocket launcher attack, since the attached gun won't allow you to run around freely on the ground. 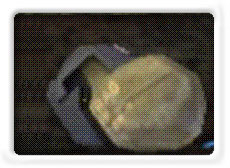 There aren't any special features about this weapon. Simply aim and throw. This type of grenade explodes a couple of seconds after landing. You can bank grenades off a wall to reach targets around a corner, but make sure you do it carefully—if your explosives rebound back towards you, it could end your tour of duty quickly. 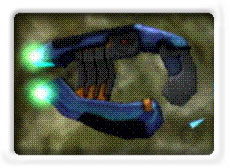 The Plasma Pistol is a popular weapon among Grunts. Hold down the fire button to charge a shot. Then, release it to unleash a shot that temporarily stuns and slows opponents. In multiplayer combat, use the stun-charge to slow down an opponent for a nasty Melee Attack. There is no ammo for the Plasma Pistol; just discard the old one, and pick up a new one off corpses of your fallen foes. 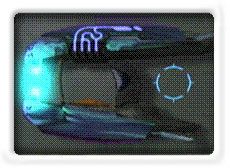 Favored by Elites, this weapon is capable of semiautomatic or fully automatic fire by holding down the fire button. Be careful not to overheat the gun while firing in automatic mode. As with the Plasma Pistol, discard the used-up weapon for a new one. 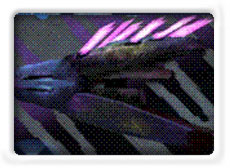 The rounds that fire from this weapon travel slowly, but seek out your opponent … even around corners. Needle explosions are small, but if enough find your foe, the cumulative effect can be lethal. 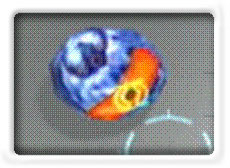 This hand-delivered explosive is similar to the Frag Grenade, save for one special feature: It adheres to any surface it contacts—namely your enemy. Don't run over a live Plasma Grenade cooking on the ground; it will stick to you like steaming dog poo, with even more gruesome results. 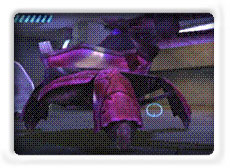 You'll commonly find Grunts operating this fixed gun around heavily protected areas of interest. Take out the gun's operator and jump into the cockpit to turn on the fun. The firing rate of the Shade is not very fast, so you'd be well advised to use it only on enemy ground infantry and not on airborne targets. But, as with the M41 LAAG, you're a sitting duck for a grenade or rocket attack while in the hot seat.

The following weapons can’t be picked up and used once you kill the enemy holding the weapon. Ah, what a shame … 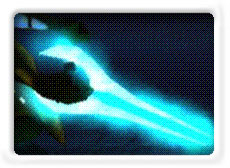 An extremely deadly weapon to go up against, the Plasma Sword can only be used by Gold or Active Camouflaged Elites. Even on the tame Normal mode, you can be taken down in just two swipes of the blade. The sword runs off the life source of the Elite equipping it. When the Elite dies, the Plasma Sword dies with it as well. 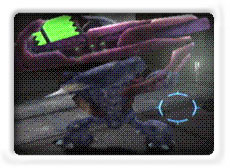 With this weapon equipped, a Grunt's firepower becomes equal to a Hunter's. Grunts will carry these weapons in the last couple of levels. If you kill the Grunt, the gun takes one last shot at killing you by exploding with the force of a grenade a few seconds later. That's certainly a nasty surprise for newbies eager to grab it and give it a go.